Great Leaders Sleep Well — Why Rest is Critical For Success

Last November I listened to an interview with Matthew Walker, author of Why We Sleep. I was genuinely shaken by the time it was over. It struck me that, despite all my best efforts at self-care (which are not inconsiderable), I was missing perhaps the most important and most obvious: better sleep. And, it was subtler than I realized. So I started to dig in further and find what the experts had to say. I learned that sleeping well is highly correlated to both good health and good leadership, even as a majority of people—including many of those in leadership roles—are not sleeping enough.

Let’s start with good health. The data is incontrovertible. Lack of sleep affects just about every health condition we know of (heart disease, obesity and diabetes for starters) and ultimately, how long we live.

While Warren Zevon’s “I’ll sleep when I’m dead,” may resonate for us, that attitude is likely to result in getting there quicker than we want.

And, lack of sleep is a function of both quality and quantity of sleep. Sleeping pills and alcohol sedate, but don’t result in good sleep. We don’t, at least thus far, have access to substances that can genuinely help us to get a good night’s sleep.

Now, let’s talk about good leadership. Nick van Dam and Els van Der Helm, in an article titled “The Organizational Cost of Insufficient Sleep,” took a close look at the costs of sleep deprivation. They examined four core behaviors that were identified via an extensive McKinsey research study as associated with high-quality leadership: results orientation, solving problems, seeking different perspectives, and supporting others. They analyzed, based on a variety of sleep studies, how insufficient quality sleep impairs a leader’s ability to demonstrate these behaviors. Each one was affected by poor sleep.

It’s difficult to have a strong results orientation when your capacity for attention and concentration are reduced. Solving problems suffers when your access to creativity, insight and pattern recognition are impaired. Seeking different perspectives suffers when your ability to learn and make decisions is affected. And, finally, when your socio-emotional processing is impaired, and your emotional reactivity is heightened, supporting others is quite challenging.

Here are a few of the research findings:

While each of these sleep-related deficits can be matched to research findings—as demonstrated by the examples above—the common denominator is that when we are sleep deprived, the part of our brain that needs the most energy to function well and is associated with these leadership behaviors, our prefrontal cortex, is incapable of operating well.

“Neuroscientists know that although other brain areas can cope relatively well with too little sleep, the prefrontal cortex cannot. Basic visual and motor skills deteriorate when people are deprived of sleep, but not nearly to the same extent as higher-order mental skills.” – Nick van Dam and Els van der Helm

Tony Schwartz, founder of The Energy Project, writes that “there is no single behavioral change we’ve seen in our work with thousands of executives that more quickly and powerfully influences mood, focus, and productivity than a full night’s sleep.” The Harvard Business Review, in an article titled “Your Abusive Boss is Probably an Insomniac” suggests that a boss’ poor sleep directly contributes to abusive behavior and resulting employee disengagement.

These findings reminded me of an interview I heard in 2007 between Former President Bill Clinton and Jon Stewart. Clinton suggested that sleep deprivation was at the core of the problems of Washington politics—people were operating in a state of constant sleep deprivation. Given what we’ve learned so far, that makes sense. He kept with that theme a year later and shared his advice to incoming President Obama: Sleep well! “In my long political career, most of the mistakes I made, I made when I was too tired…You make better decisions when you’re not too tired.”

So, just how badly are we sleeping? McKinsey conducted a study of 196 business leaders and found that two-thirds were generally dissatisfied with the quantity of sleep they got and 55% weren’t happy with the quality of sleep. Interestingly, less than half of the respondents saw a link between sleep and leadership performance and over a third said that their organizations did not allow them to prioritize getting enough sleep.

And, just in case you’re wondering, the definition of enough sleep is, for adults between 24 and 64, 7 to 9 hours of sleep a night. According to Matthew Walker, “once you get less than seven hours of sleep, you can measure marked impairments in both brain and body health. And those people who claim they can survive on six hours of sleep or less, unfortunately, are deluding themselves and their health.”

All of this leads me to what I believe is the most important question: Why are so many of us not getting enough sleep? And why do we not only ignore sleep as a health issue but often reward exhaustion?

To explore this more, I turned to the work of Brene Brown, speaker and author of, among several other books, Daring Greatly. Brown, who identifies the importance of rest and play as one of the guideposts in what she describes as “wholehearted” living, notes that it’s hard for us to embrace this because we “don’t know who we are without productivity as a metric of our worth. We don’t know what we enjoy, and we lose track of how tired we are.” We define our self-worth in terms of productivity, parading our exhaustion as a status symbol.

I work with many millennials and entrepreneurs who don’t see a way to be both successful and get enough sleep. Eighty-hour work weeks are status quo. Even outside of startups, our work cultures reward working a lot and sleeping a little. And, not only do we define our worth through productivity—productivity itself is too often defined by time and activity. To make matters worse, our devices ensure that we are always on, always responding to texts and emails. We can be looking at our phones as we fall asleep, when we wake up at night, and the moment we’re up in the morning.

As Brown says: “there’s no stopping and celebrating or acknowledging the accomplishment of anything. Instead of feeling pride or recognition, what everyone is instead made to feel is, ‘Thank God, I can get to the next thing on my list.’”

Shifting our thinking and actions away from valuing being “crazy busy”, measuring productivity by how many hours we work, and rewarding people who are willing to work even when they are exhausted will not be easy. It requires a rethinking of our relationship to work and, more broadly, to how we live our lives. Many of us, given time not working, aren’t even sure what to do. The idea of not being productive—and even a little bored—is downright scary. Since we also know that there is cognitive and creative benefit from mind wandering (see Jonathan Schooler’s research, for example), our commitment to constant activity is negatively affecting our capacity for creativity.

Bottom line: pursuing productivity at all costs and working at all hours—at the expense of sleeping, rest and down time—is an expensive proposition. We are sacrificing not only our health, but our ability to work and lead well. We are putting ourselves and our organizations at risk. And we are losing the capacity to use down time well, to enjoy time off and to rest and relax.

Shifting our behavior isn’t a simple proposition. Even when my clients are determined to set boundaries, they operate in business cultures that don’t respect those boundaries. All the guidelines that can help us get better sleep will only work if we are able to create work cultures that respect and allow rest. So, think bigger than just yourself. Here are some ways to do that:

While these larger cultural issues are critical, we can, even as we start addressing them, work at an individual level to create better sleep. Following are just a few of the things that I’ve been learning that are helping me design my life for better sleep:

The result of my research has been to be more thoughtful and intentional about sleep. To prioritize sleeping well—acknowledging and accepting that sleeping well requires conscious effort and won’t just happen magically. It also requires that I pay attention to habits that support or get in the way of good sleep, and adjust them accordingly. I’m talking about sleep more with my family, friends and clients—especially the workaholics among them. I hope that you do the same! 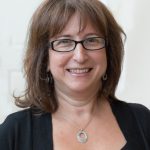