The Magic of Habit Change: What Makes a Commitment Stick?

I think we can all agree, and it might even be a universal truth, that habit change and sticking to a commitment are hard. Right? Right.

I assume too, that we might also be able to commiserate about some of our well-intentioned New Year’s resolutions that quickly fall down the list of important to-do’s, or even have a good laugh at some of the giant, colossal, almost unattainable goals we’ve tried to set for ourselves. Even if you’re good at commitments and habits (I’m looking at you, Charles Duhigg), it’s still uncomfortable, takes a great deal of effort, and is plain old hard work. BUT, I’m also willing to wager, we can high five each other and pop the champagne to celebrate the habits and commitments we have been able to shift—some no doubt big and immensely significant, and others small, but no less meaningful.

As commitment and habit change enthusiasts here at Actionable, what became of particular interest to us, rather than arbitrarily commiting to things, was to focus instead on how can we better understand what makes a good commitment, how to make it sustainable, and how we can actually maintain and embed our new habits. And, what if instead of setting gargantuan goals, we considered micro-behavior changes? So was born the inspiration for our work.

When you think about a habit you’ve been able to maintain what stands out for you? Was is measurable? Was it small enough that you could accurately identify steps and parts of the process? Did you have support from a colleague or friend? The research available has proven a few things:

As Charles Duhigg explains in an interview with Harvard Business Review: “[e]very habit has three components. There’s a cue, which is like a trigger for the behavior to start unfolding, a routine, which is the habit itself, the behavior, the automatic sort of doing what you do when you do a habit. And then at the end, there’s a reward. And the reward is how our neurology learns to encode this pattern for the future.”

What Duhigg is talking about are the 3 R’s of Habit Change:

First, let’s look at how we remind ourselves. At Actionable we use a daily reminder that sends us a notification, allowing us to check-in on a specific commitment that is personally relevant to us. We rate ourselves on our progress on a scale of 1-10, and even have the opportunity to journal about our experience.

There are of course plenty of other ways to do this, and what often becomes much more important than the trigger reminder is understanding where the behavior comes from and why we’re doing it.

Let’s look at how this might play out in real life—a colleague of mine recently shared this example of a powerful transformation that took place for her this past summer. She was experiencing some constraints with time management. As a “helper” by nature, whenever someone on the team would ask her for help with something, she would drop everything to help them out. But, that meant that some of her most important projects were getting pushed out of her calendar.

To curb this behavior, she used the Actionable Commitment Engine to make a commitment that went something like: “When a team member asks me for help, instead of dropping everything to help them right away, I will take a moment to look at my calendar and add in a block of time to help them.” She shared that it was a really powerful experience and allowed her to become much better at managing her time (and she was no less helpful—she simply asked people to wait a day or two, keeping them in the loop on when they could expect to hear back from her).

My colleague noticed that while her commitment started out about being about time management, it was really about managing her self-image as a helper. She identified with this title and it was hard, but necessary, to cut loose. We can then see why it’s relevant to understand the root of the behavior and why we do what we do.

Next, let’s examine a micro-behavior change vs. a goal. What’s important to remember here is that you begin with what you can change today. Part of the reason why New Year’s resolutions typically fail is that we set goals that involve a total shift in behavior all at once. And then, when we stumble, we can feel guilty and embarrassed, and we might even stop trying altogether. We say, “I want to lose 20 pounds,” when we should be saying “I will get off the Subway a stop early each day and walk the rest of the way home” (breaking down the components of our larger goal). What is actually achievable is a micro-behavior change, or a small shift, rather than trying to tackle huge changes or goals.

Let’s now consider what happens when we make our commitments consistent, and ensure they actually resonate (meaning, it’s something personally relevant). When you set daily reminders, even if you’re not physically acting on it and checking-in, as with the Actionable Commitment Engine, your brain is being reminded of the change and internalizing the shift.

There is power in being reminded, as it “encodes” the idea in the your memory. Then, when the reminder comes again, you’re 12% more likely to take the opportunity to pursue the habit than those whose minds have not been programmed to be receptive to taking action.

Lastly, what happens when you commit to doing something with a buddy, and lean on the strength in numbers? Like achievements with health goals, we see a better uptake with behavior changes when it’s supported by a buddy. Having someone check-in and support your commitment not only allows for heighted accountability and possible vicarious learning, but also social support. Plus, at times, aren’t some parts of life way more fun when you do them with someone?

So, what makes a good behavior change commitment? Make it measurable and specific—and make it small and important to you personally. Ask the people around you for support, and think critically about why you behave in certain ways.

There you have it, the secret ingredients to making magic happen and achieving all your goals.

But seriously—even though that feels all too straightforward, these factors will contribute the most significantly to your success and the sustainment of a specific behavior shift.

While change is definitely hard, it’s not unreachable. By understanding the motivations behind the behavior, and focusing on the steps outlined above, we’re able to understand what makes a good commitment and how to stick to it. This further allows us to shift behavior, often becoming more resilient in the process—a series of small shifts and small wins means that we become open to being more innovative and resourceful in the way we approach these behavior changes. The cumulative result is, hopefully, that we continue on the path of constant growth and development, one little step at a time. 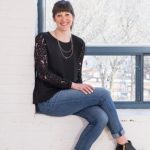 A self-proclaimed gratitude junkie and celebrator of the little things, Anna is an Integration Coach at Actionable (and loves her job!) — she acts as the personal concierge to our Actionable Consulting Partner community — from supporting new consultants, to planning for client rollouts and everything in between. She spends the rest of her time as a freelance editor and writer, enjoying her beautiful apartment, adventuring around Toronto on her bike (affectionately known as Bonnie) with her fiancé, family and friends and enjoying good food and even better company.